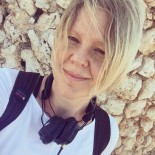 Next in our series of brewery profiles is Villovägens, a microbrewery in Sweden. With a strong line-up of classic beer styles and a fabulous taproom in the city centre, this is local beer at its best.

In Falun, known as a major copper-producing centre, Villovägens is providing the local community with nothing but great beers. I had a chat with Sven Eklund, its head brewer, to hear more.

First, can you describe the Swedish beer scene?

Despite Sweden being a small country, we have always been quick to follow international trends and take them further. The same happened with the craft beer scene. Every city has at least one microbrewery, which is experimenting with beer styles, processes and ingredients. For instance, beer with sweets and pastries, or sour beer tasting like blueberry pie. Swedes love this and want to know all about how the beer is made. They tend to say things like; “Nice beer, which hops did you use for dry-hopping?” Swedes want to enjoy good beer, but also to know and understand more about it.

At the same time, a few big breweries are still dominating the market with cheap industrial lager in cans. But nowadays they also acknowledge the experienced and demanding Swedish beer drinkers who want to combine the right beer with food.

What’s the story of the brewery?

We started like so many other small breweries, a group of friends in a basement, back in 2013. With a Braumeister 50L, we brewed for local customers who wanted craft beer, including some local restaurants. Over the years, we developed our brewing skills and moved to a bigger brewery in 2016.

As well as making good beer, we also focus on the brewery as a place to come and enjoy it. The historic building dates back to 1884 and served as storage of fire-hoses for the fire brigade. It’s a beautiful old building and the perfect location in the city centre right next to the river.

The market for breweries is over-established and customers are not very loyal, plus the pressure to keep prices down is difficult. Under these circumstances, you need a unique selling point or be able to offer something more than just affordable beer in a bottle.

Early on, we decided to be a local beer for our city Falun. We call it “Falun’s own beer” and we don’t try to expand to neighbouring cities or get a national spread. The line-up is quite broad with some classic beer styles, so that everyone can find their own favourite and a beer to suit any occasion.

Which beer is your favourite?

It varies. I’m really proud of Falu Gruvlig, a Russian Imperial Stout, which is like a dessert beer. It’s great to be able to convince those who believe that beer is just light lager by serving them this beer at room temperature together with some delicious blue cheese, chocolate or liquorice. Often, the reaction is; “Wow! What a flavour combination! I didn’t know beer could taste like this!”

This article was originally published on: https://www.blefakegs-blog.de/en/brewery-profile-villovagens-bryggeri-sweden/